Reader tip: Weighted pen for those who press too hard 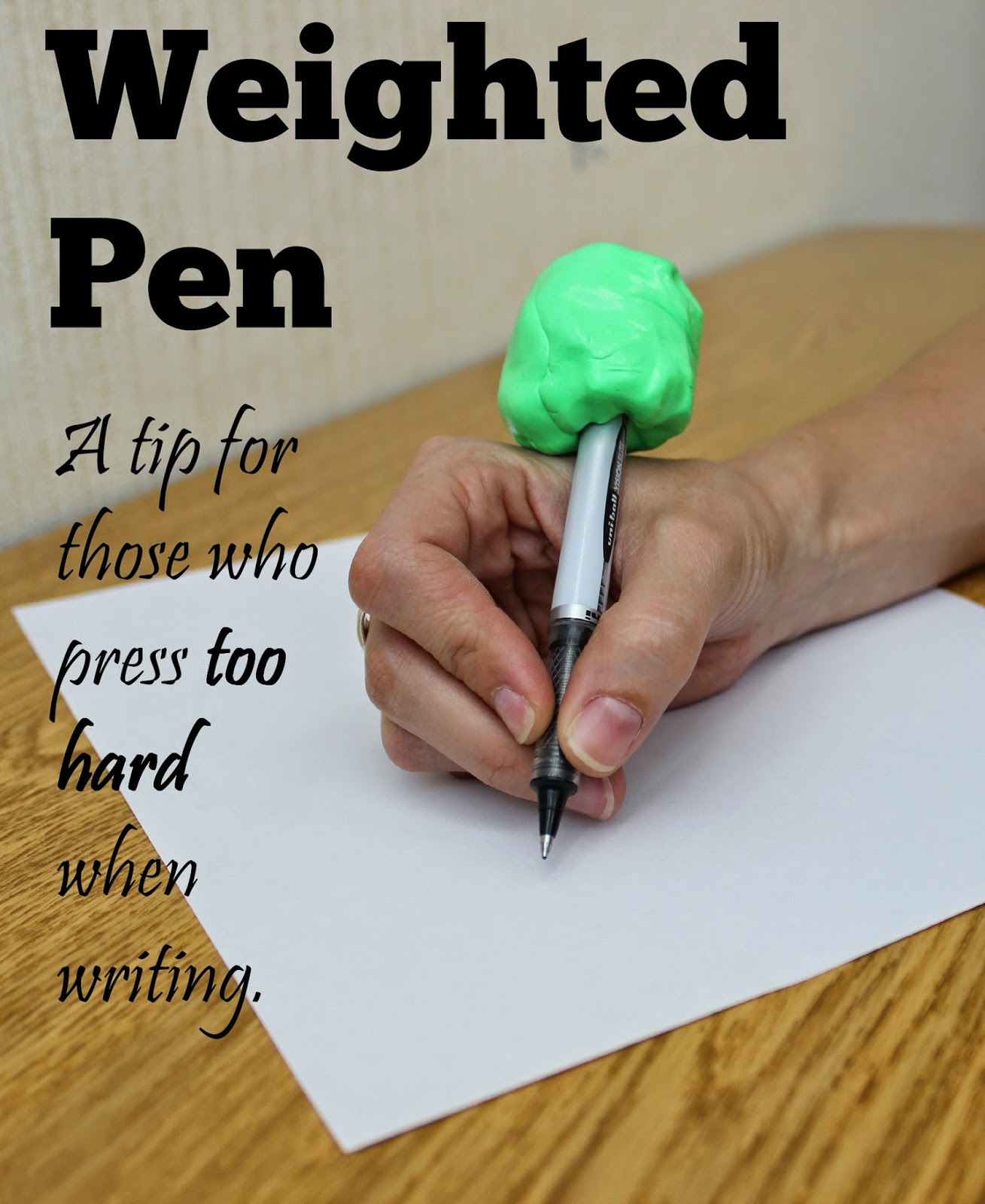 I found your site when looking for pen weights and thought you might want to know about a connection that I figured out between pressing too hard when writing and aversion to light touch as well as a possible fix.

I have autism with severe sensory issues (hypersensitivity, hyposensitivity, discrimination problems, AND seeking, hoo-rah). After rendering my favorite felt tip pens nearly unusable after taking pages and pages of notes with them in a short period of time, I decided to try writing as lightly as possible and analyzing what sensory or motor issues could be causing that. Well, it didn't take long, because after writing only a few letters, I squealed and dropped the pen in favor of rapidly shaking the "ick" off my hand. Writing lighter feels exactly like light touch! Same skin-crawling sensation.
I put a 2 ounce glob of therapy putty on the end of the pen and tried again, and I was able to write with much, much less pressure. I didn't even have to try; I instinctively used less because of the extra proprioceptive input canceling out that icky light touch.

Most places I've seen say to use weights for people who write too lightly, but if you have patients (or relatives, friends, etc.) who write with too much pressure and also are averse to light touch, you might want to try out weights with them, too.

This is such an interesting perspective on the use of a weighted pen! Who knew that writing lightly (or with a standard amount of pressure) could cause an icky light touch sensation? Definitely something for me to keep in mind when working with students who press too hard.

As far as I know, there is still limited (or no?) research on the effectiveness of weighted pens and pencils, but here's another anecdotal story to add to the evidence. Someone needs to research this! (Hint, hint! OT students!)

To be completely honest, I don't use weighted pens or pencils with students very often because I don't like the way it makes their pencil look so different. I'm glad this reader discovered a way to write more comfortably, but who wants to have a wad of putty on the end of their pencil? Or a bunch of bolts? Tell me, have you found a good way to add weight to a pen or pencil without it looking unsightly? I'd love to hear your suggestions!


P.S. I'd like to give a huge shout out to Christie of Mama OT for taking the picture seen in this post for me, when I couldn't get my hands on any putty quickly to adapt a pen myself!

P.P.S Thanks to the reader who allowed me to share this story!