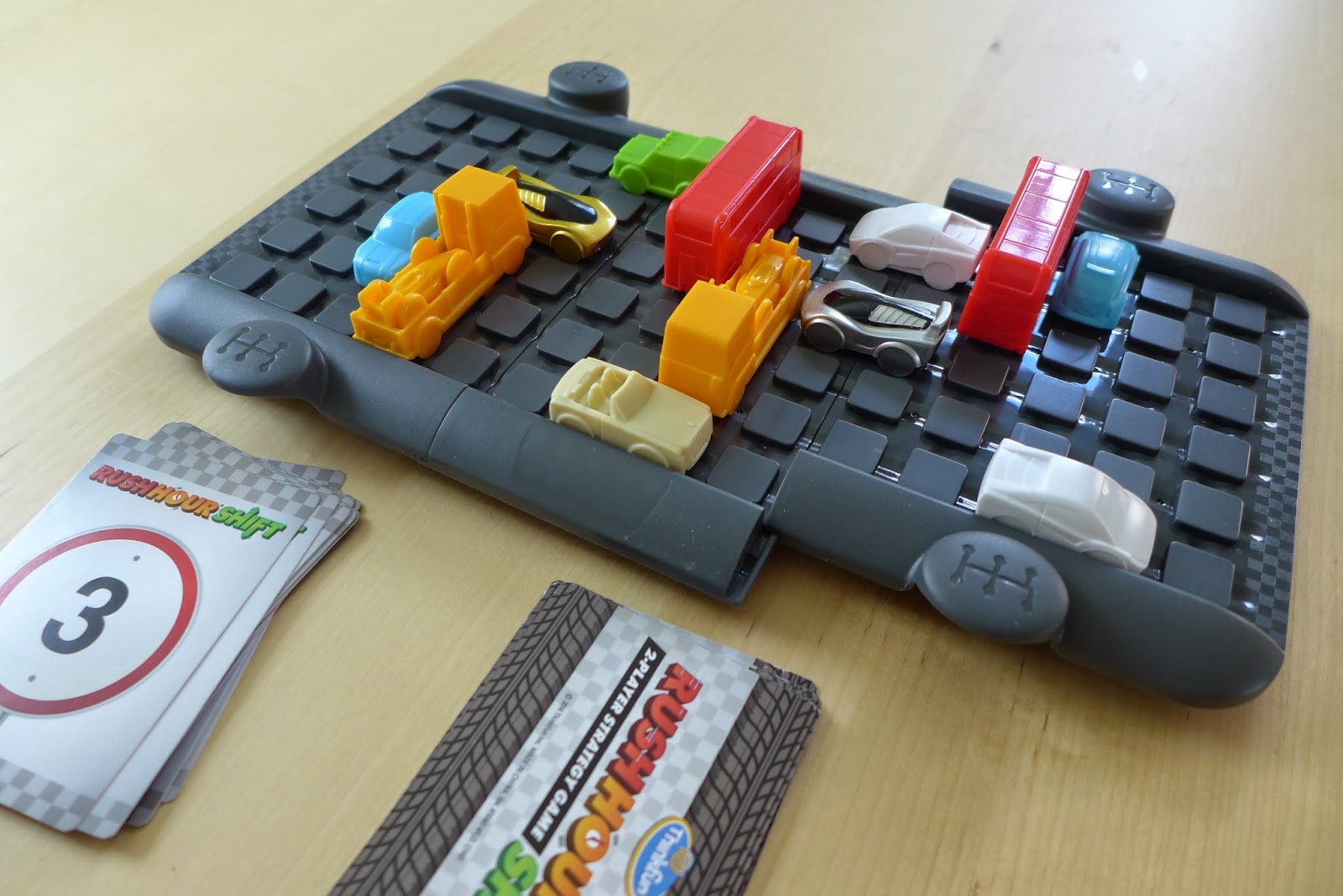 I love games by ThinkFun and the original Rush Hour board game has long been my favorite of all of the ThinkFun games! Rush Hour is actually how I first discovered ThinkFun and all of their great games! When ThinkFun recently contacted me to see if I'd be interested in checking out their new Rush Hour Shift board game, I knew I had to see what they had come up with.

To play Rush Hour Shift, you first set up the game board based on one of the provided configurations. This alone is a great visual perceptual challenge for kids! After that, each player is dealt four cards, and then they take turns making a move using their cards. This is where it differs from the original Rush Hour game in a few ways: 1) Rush Hour Shift is 2 player, and 2) the board game actually shifts! Depending on the cards that are played, the board may shift, suddenly changing the route you were planning to take to get out of the traffic jam. Just like the original game, the goal is to get your car out of the traffic jam, but in this game you need to do it before the other player does!

If you are a fan of Rush Hour and looking for either a 2 player game or an additional challenge, I would recommend Rush Hour Shift.

Other ThinkFun Games I love:

Like I said, I'm a fan of all ThinkFun games, but couple of my favorites are Shape by Shape and Bug Trails.

Did you know ThinkFun also has great apps for kids? You can check out a review I did of the Rush Hour and Chocolate Fix apps by clicking HERE.

For more OT Approved Toys, be sure to stop by my Toy Page.

Disclosure: I received a complimentary Rush Hour Shift game from Think Fun in exchange for my honest opinion. I was not compensated for this post and all writing and opinions are my own. Links to Amazon are affiliate links.

Email ThisBlogThis!Share to TwitterShare to FacebookShare to Pinterest
Labels: toys