How to make a weighted glove

Despite my mom's best intentions and efforts, I do not know how to sew. I came up with a no-sew way to make a weighted glove. The glove I used was too large for the student I had in mind, so it didn't work out as well as I had hoped, but I thought I'd share it anyway.

The idea behind a weighted glove is similar to a weighted pencil. A weighted glove can provide additional sensory input to the hand for children who need the extra input to be more aware of the position of their hand. I don't often use weighted gloves because they are expensive and lack research to support their use, but every now and then I get a challenging student that I'm willing to try just about anything. 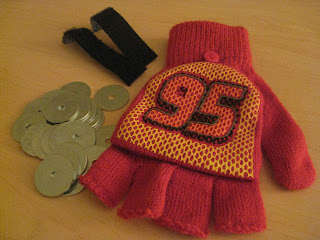 First, attach the velcro to the inside of the flap, so you can close the flap tightly. 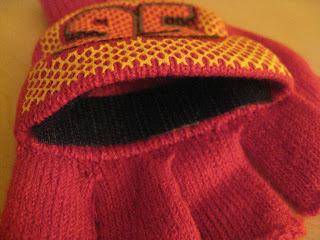 Then, place the desired amount of washers inside the flap. 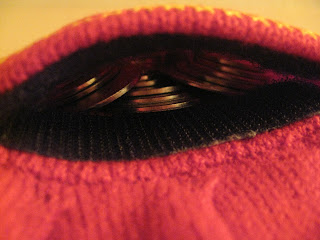 Close the flap, cut off the thumb, and now you have a weighted glove! 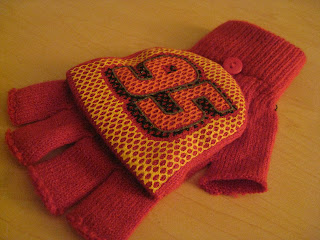 Like I said, the glove was too large for the student I had in mind, so I can't really report on the effectiveness of using this weighted glove. An older student spotted the glove and wanted to try it out, so here it is in action: 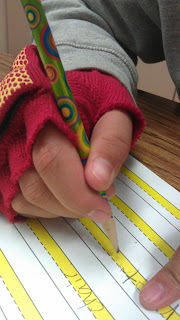 This is still a work in progress for me. If you try to make one, I'd recommend placing something (maybe tissue paper) inside the flap prior to putting the washers in. That will place the weight closer to the fingers (but not on top of the knuckles).

Have you used a weighted glove with any of your students? If so, did you find it beneficial?
Posted by Abby